From the time she was eight-years-old, Jennifer Foster (also known as: “Jungle Jen”) felt called to be a missionary to the unreached. Twenty years later, God opened the door for that calling to be fulfilled, as a Journeyman with the International Mission Board (IMB).

After three months of Portuguese language training, three months of jungle survival training and a three-day boat trek up the Amazon River, she made her home among the Amazonian “M” community. There, she lived without electricity, slept in a hammock, bathed in the river, dined on turtle head and cared for her pet monkey, Nicco, all while following the heart of the Father and the instruction of the Holy Spirit to reach the community for Christ.

At the conclusion of her first two-year stay, the Amazonian “M” community had a church congregation of over 60 members and two trained pastors (men of the community) who have continued the work that was started there.

After returning home to the U.S. in 2012, the Lord led Jungle Jen to start her own Church-planting, non-profit organization called Stand Out Ministries. Through this ministry and the power of the Holy Spirit, she has started more churches, distributed thousands of Bibles to the unreached, and made many more disciples in the Amazon, several of whom are ministering and planting churches themselves.

Jungle Jen’s countless stories of adventure and faith are being shared worldwide in order to encourage other Christians to answer their own call from God to “Stand Out” and live lives of eternal significance. 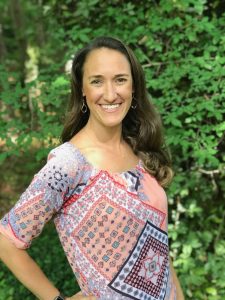 Jennifer holds a BA from Gardner-Webb University and a Masters in Teaching from Wingate University. She continues to return to the Amazon of Brazil two to three times a year, for three weeks to three months at a time, between international and domestic speaking engagements and enjoying her four lovely nieces.